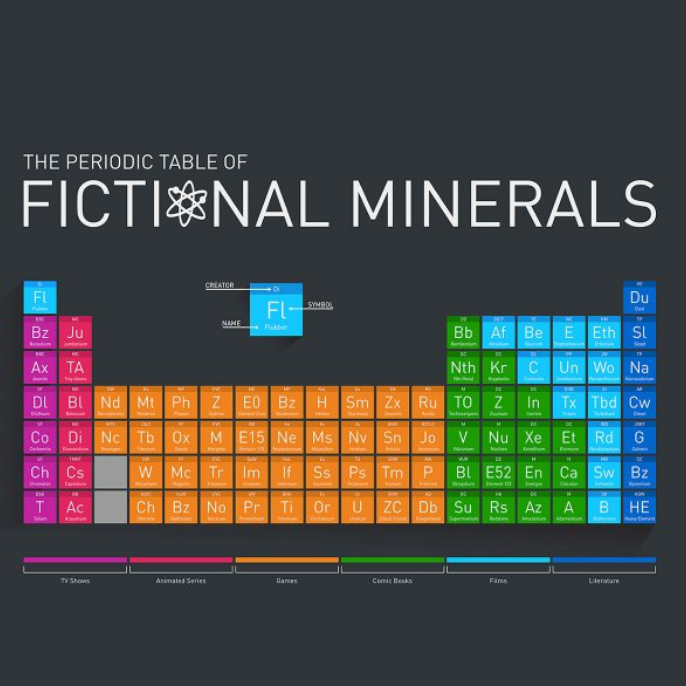 The world is full of amazing elements – strong, versatile, radioactive – but none of them indestructible like Wonder Woman’s bracelets or Wolverine’s claws. We searched for the most special materials from pop culture and created an alternative periodic table. Do you need something powerful, that can accumulate knowledge, or is extremely strong but light as a feather? For a moment, forget about steel or titanium and jump into the world of Kryptonite, Feminum and Adamantium. 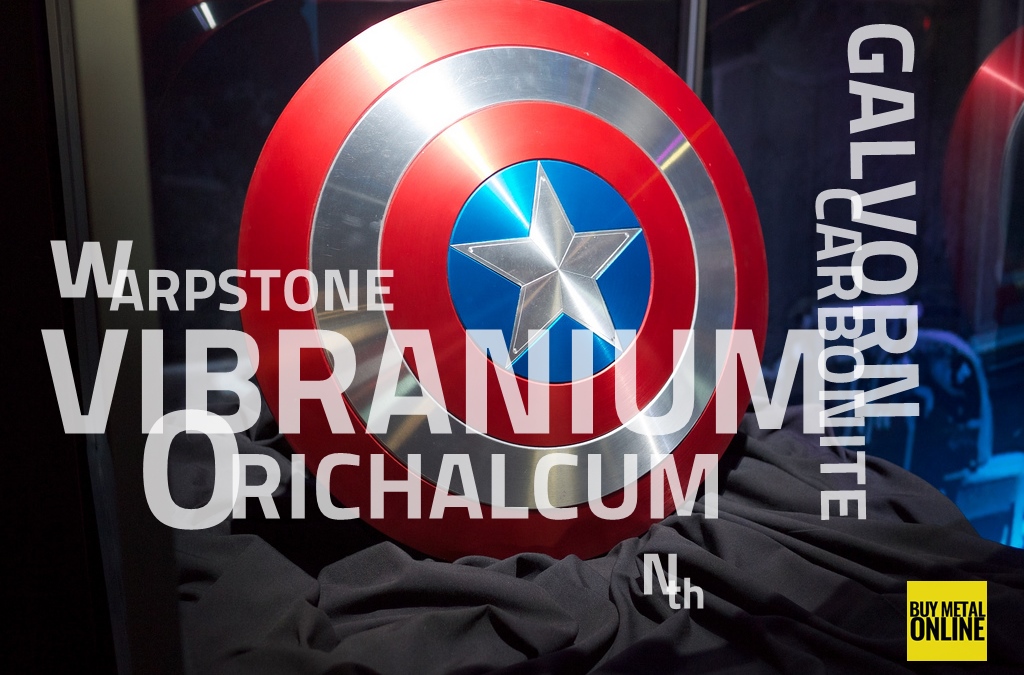 Negating gravity, Nth metal is a great gadget if you want to fly. It also protects the wearer from bad weather and makes healing wounds quicker. It is also almost indestructible – so, no surprise is it a villains’ favourite!

From Captain America’s shield to Wolverine’s claws and skeleton, Adamantium is practically impossible to destroy. Still, this brilliant metal has its downsides – it’s said to be very expensive, and it’s impossible to reshape it. A form of Adamantium, Carbonadium, was later developed by Soviet scientists – not as strong as the primary material, Carbonadium is, however, easier to mould. This advantage has been used by the Moon Knight, who wears armour made of Carbinadium.

Not as indestructible as Adamantium, flubber (a.k.a flying rubber), developed by professor Brainard, is no less incredible – it can gain energy when striking a hard surface. If seeing is believing, it can also dance around the house and save a family.

Not to get into the nitty-gritty of subatomic particles, you’ll need chronoton if you want to travel in time.

Kryptonite was created through the destruction of Krypton – Superman’s home planet. It weakens and sickens him, as it is harmful to Kryptonians.

The strongest of the five magical elements, it can be used to create swords or shields. Visually, orichalcum is similar to copper with its beautiful pink or red hue.

The most cosmic of these materials, Element Zero is created within dying stars and supernovas. It is used in technology, to generate the mass effect fields.

Created by the skilled metallurgist Dark Elf Eöl, galvorn is almost as hard as dwarf-steel but more flexible and malleable.

Great for hibernation or simply freezing goods in transport, this unusual liquid, made from carbon gas, can become solid through rapid freezing. Recommended for freezing your enemies and displaying them as a trophy, as Jabba did to Han Solo.

Warpstone is as beautiful as emerald but has much more practical uses: from producing charms for good luck, to weapons that create their own poison. Regular consumption, however, leads to madness and death – better save this stone for your enemies!

We close our list with Vibranium – an amazing material created by an amazing writer. Stan Lee, who recently passed away aged 95, first mentioned Vibranium in Daredevil in 1966. A durable metal, which can absorb kinetic energy, it was used in Captain America’s shield. If you want to find it, you’d better be off to Wakanda – the land of Black Panther. 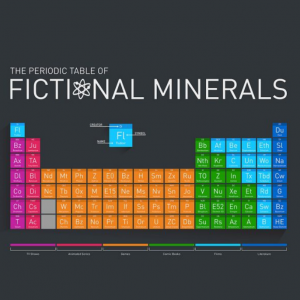 Unfortunately, we do not supply Vibranium, Nth nor Carbonite, but you can get our poster with the Periodic Table of Fictional Elements. It is an excellent present for any comic book fan – be they a Marvel or DC supporter – or fantasy lover.

Other posts by Gosia

Use this form to find things you need